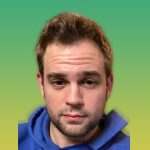 The Music and Recording

This is an arrangement I made featuring four voices. I originally got the idea from the player piano from the Westworld intro, but I wanted to expand on it having it move through space on three axes. To make things even more compelling I wanted a time synced effect with each voice.

After I recorded the performance on a green screen and 4K camera I used after effects, visual code + adobe plugin, and tones.js to render the MIDI data. The mixing was done in Ableton. 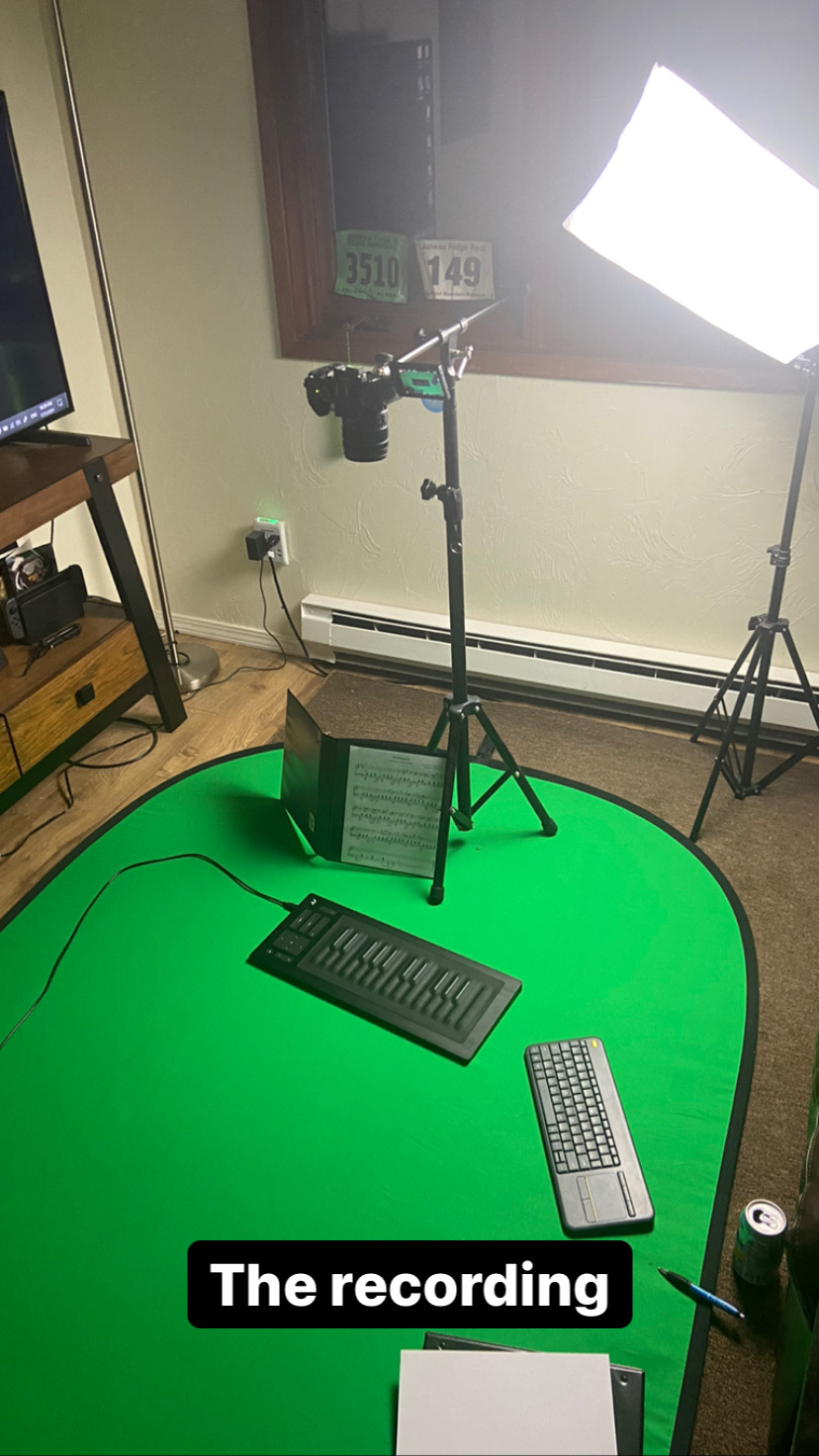 Above is a green screen and my Seaboard rise 25 from ROLI.

I also used Premier/ME for the final render.  The ExtendScript debugger was pretty rough to use, as was walking the property arrays within After Effects to see which objects I needed to create to render the rectangles from MIDI data. I will consider alternatives. I love AE, but a good scripting interface is a must these days.

To be fair to those who wrote the extension it’s probably not as bad as this code that drew the rectangles from the MIDI data (generated object by tones.js).  However, I haven’t found a better documented way for drawing rectangles, so I may take some time to refactor this as it’s something I’m sure other people would like to do. 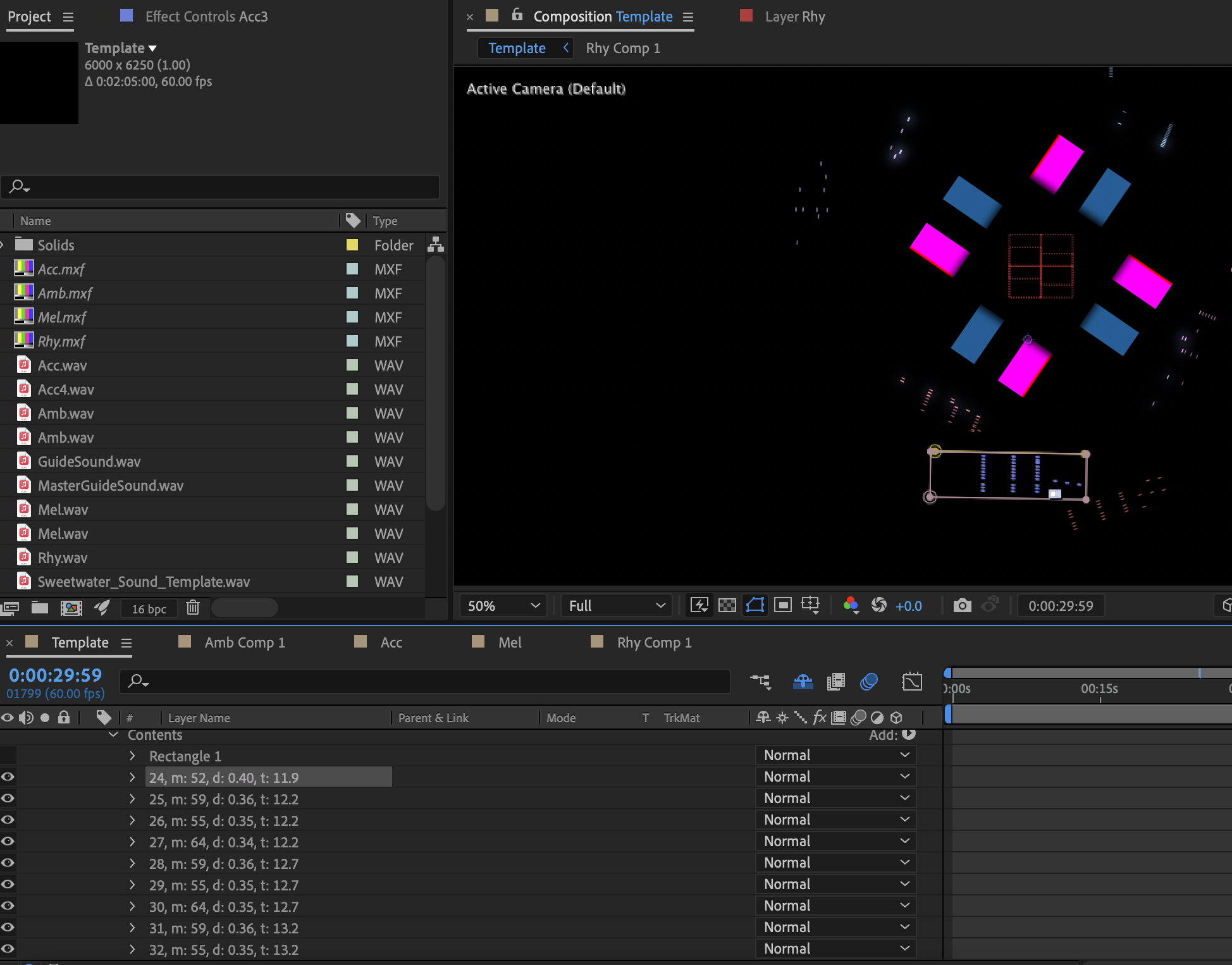